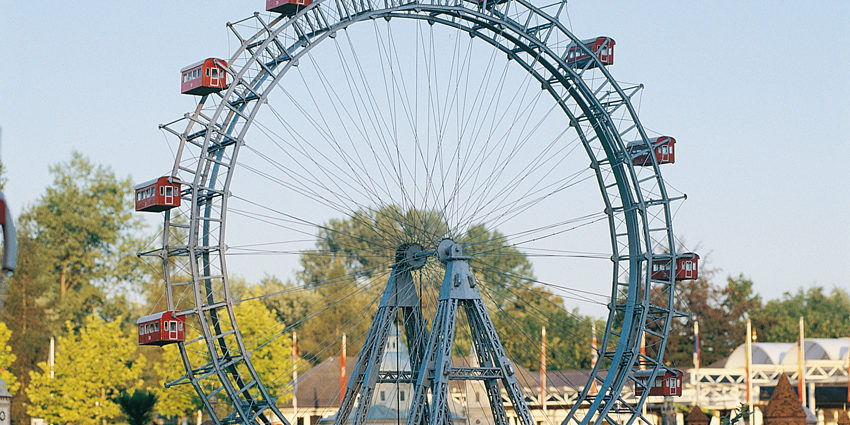 The original wheel was built in 1896 according to the plans of the British engineer Walter B. Basset on the occasion of the celebration of Emperor Franz Joseph I’s 50th anniversary of his coronation. In 1944, it was heavily damaged by fire, was rebuilt and back in operation in 1947. It is 65 m high and weighs 430 tonnes. 15 gondolas are available to the visitors. The gondolas can also be rented: for a romantic dinner or even for a wedding. The Wheel is one of Vienna’s landmarks and a symbol of the Viennese Prater. Minimundus’s model consists of 4,880 individual parts, almost all out of aluminium; the cabins are made out of plastic and the rest out of high-grade steel. It is driven by a 380 V AC motor with a sliding clutch.