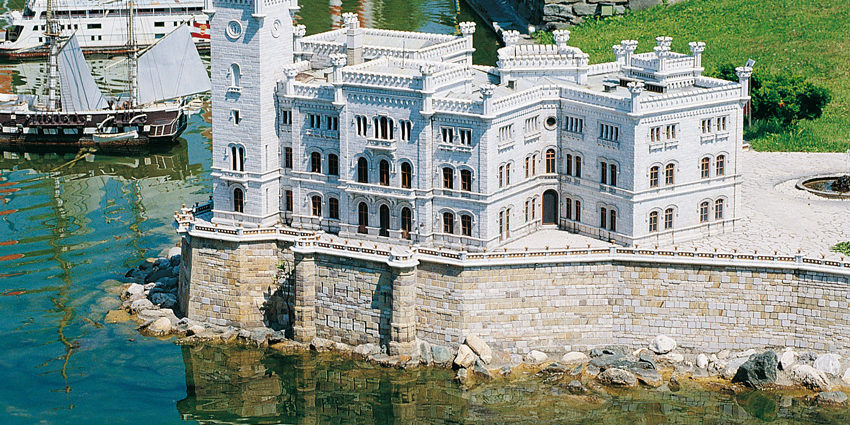 Archduke Maximilian (1832-1867), brother of Emperor Franz Joseph of Austria, was made governor of the Lombardo-Venetian kingdom in 1857. Following the loss of Lombardy in 1859, he lived embittered and in seclusion in Miramare Palace near Trieste to­gether with his wife, Charlotte of Belgium. The building was greatly influenced by Maximilian’s own ideas although it was not actually completely finished at the time. In 1864 he accepted the offer of the French Emperor Napoleon III to become Emperor of Mexico, by the grace of France. Shortly afterwards, however, he had to wage a civil war against the legal republican government under Benito Jua­rez, which ended with the French troops withdrawing and the drama of Emperor Maximilian being executed by order of a court-martial. Miramare Palace was not completed until 1870, three years after his death. Today the castle is a museum. All the rooms still feature the original furnishings.