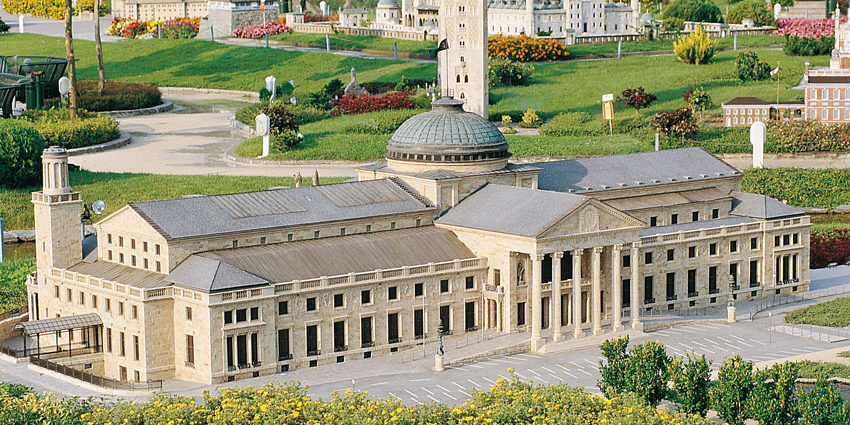 It was above all gambling that led to the construction of the first Kurhaus in 1810. As Wiesbaden rapidly developed into a spa town of world repute, it became necessary to build a new Kurhaus at the beginning of the 20th century. It formally opened in the presence of Emperor Wilhelm II in 1907. Built on the same spot in neo-classical style, it is the showpiece at the heart of Hesse’s capital city and its most famous landmark. Although it is a state-of-the-art multifunctional events centre today, it has not lost the charm and splendour typical of Wilhelm’s reign to this day. Due to rapid developments in model making, this is already the third version of the Kurhaus in Minimundus, highlighting the excellent work of the best model makers.