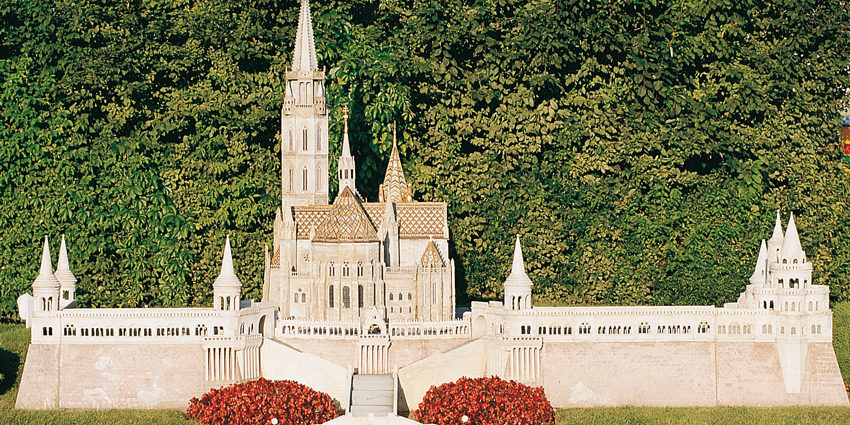 One of the most popular snapshots in Budapest, the Fishermen’s bastion with its white walls, towers and arcades was built at the turn of the 20th century on top of ancient fortifications which were meant to provide protection from the dreaded Mongols in the 13th century. Today’s bastion built in neo-Romanesque style has absolutely nothing to do with defence, serving instead as a vantage point for millions of visitors and providing breathtaking views over the Danube and the city of Pest on the other side. Behind the bastion, St. Matthew’s Church rises that was founded in the 13th century. Over the centuries, the complex was frequently altered, enlarged, or destroyed, converted into a mosque by the Turks, badly damaged when recaptured, and finally rebuilt. Today the church’s appearance is mostly Gothic in style. Numerous coronations of Hungarian kings took place in the church, including the ceremony where Franz Josef I and Empress Elisabeth were crowned with the Hungarian crown in 1867.