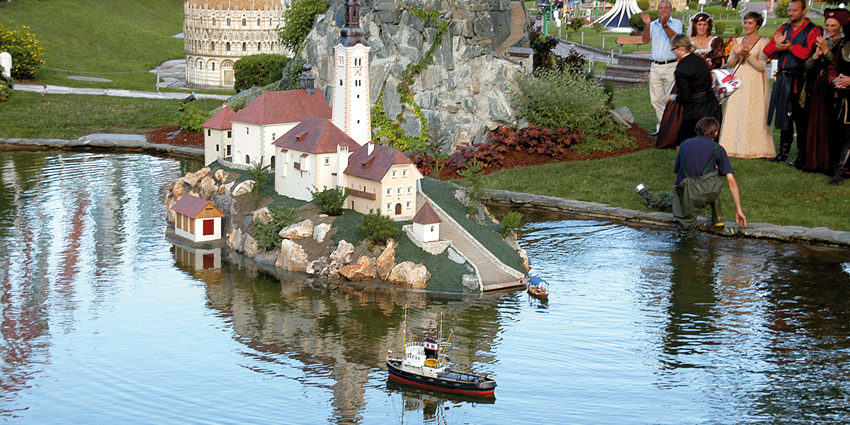 St Mary’s Church with its famous wishing bell on the small island on Lake Bled is known far beyond the borders of Slovenia. Written sources testify that the first stonewalled church, a three-nave Romanesque basilica, was consecrated in 1142. In the course of the centuries, the church was reconstructed in different architectural styles. The present-day appearance of the church dates from the 17th century when it was renovated after an earthquake.
A special characteristic of the island church is the popular “wishing bell” on the upper ridge turret above the nave. Legend has it that the beautiful widow, Polixena, lived in Bled Castle and mourned for her deceased husband. She had a little bell for the chapel on the island cast from all her gold and silver. However, the boat capsized when crossing the lake and the little bell sank in the lake. Polixena became even sadder. She went to Rome and entered a convent. After her death, the Pope sent a new bell for the island church. If you ring the bell in honour of Mary, your wish will come true.