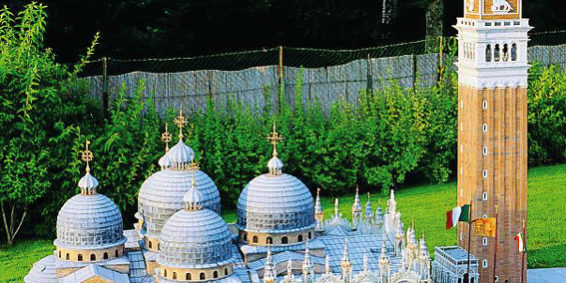 Construction of the church, with its oriental-like main facade in Byzantine style, began in the 11th century. The Cathedral is consecrated to Apostle St Mark whose bones were laid to rest here. Many artists, working in a wide variety of architectural styles, left their mark on the appearance of this historical building, chan­ging, expanding and embellishing it over the centuries to come. The magnificent design also reflects the ascent of the city state of Venice. The quadriga (a chariot drawn by four horses), that was brought from Constantinople to Venice as loot, is the only preserved quadriga dating back to ancient times. It was created about 2000 years ago. It is not known where exactly it was created. Visitors are overwhelmed by the abundance of bronze and gold, as well as by the costly stones, like marble and alabaster.