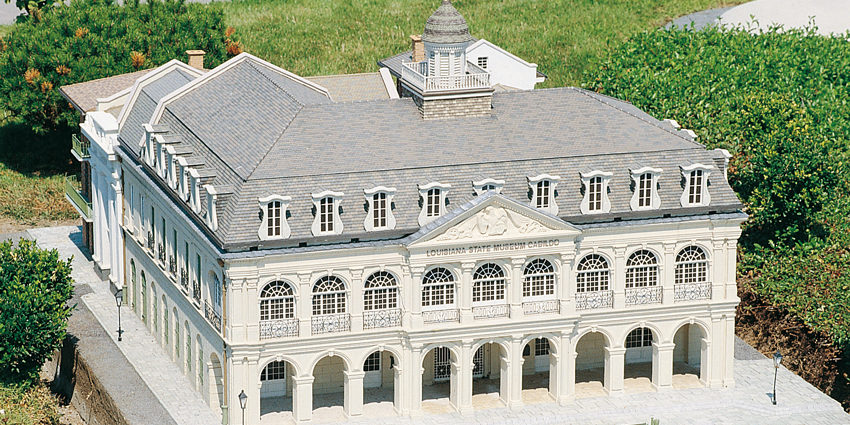 Historically one of the most important buildings in the USA, the Cabildo is located next to St. Louis cathedral in the world-famous French Quarter of the jazz metropolis New Orleans. It was built in 1795 to replace a police station which had been destroyed in a big blaze in 1788. The Cabildo was the headquarters of the Spanish colonial government and the contract for the Louisiana purchase was signed there in 1803. Between 1803 and 1853 it served as New Orleans’ City Hall and was also home to Louisiana’s courthouse. Today this typical colonial building with its French curbed roofs is part of Louisiana State Museum.