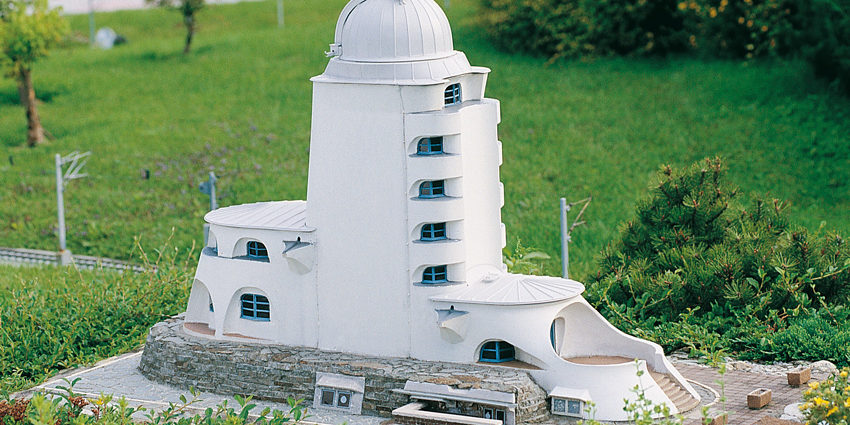 The early years of the 20th century confronted science with new, important tasks in astrophysics, stimulated by Albert Einstein’s theories of relativity. The Einstein Foundation, which was set up in 1920, established a research institute which was called Einstein Tower after the great German physicist and Nobel Prize winner. The basic idea behind this project was to combine a telescope with long focal length and high luminous intensity with a physics laboratory. The building was constructed by architect Erich Mendelsohn who described it as: “Like the turret of a submarine emerging from the waves, the Einstein Tower rises up out of the ground, and just as the periscope transmits pictures from the surface of the sea down into the ship’s hull, the mirrors of the observatory deflect light down into the subterranean laboratories.” The Einstein observatory is the embodiment of expressionism in architecture.